Should You Freeze Your Sperm? 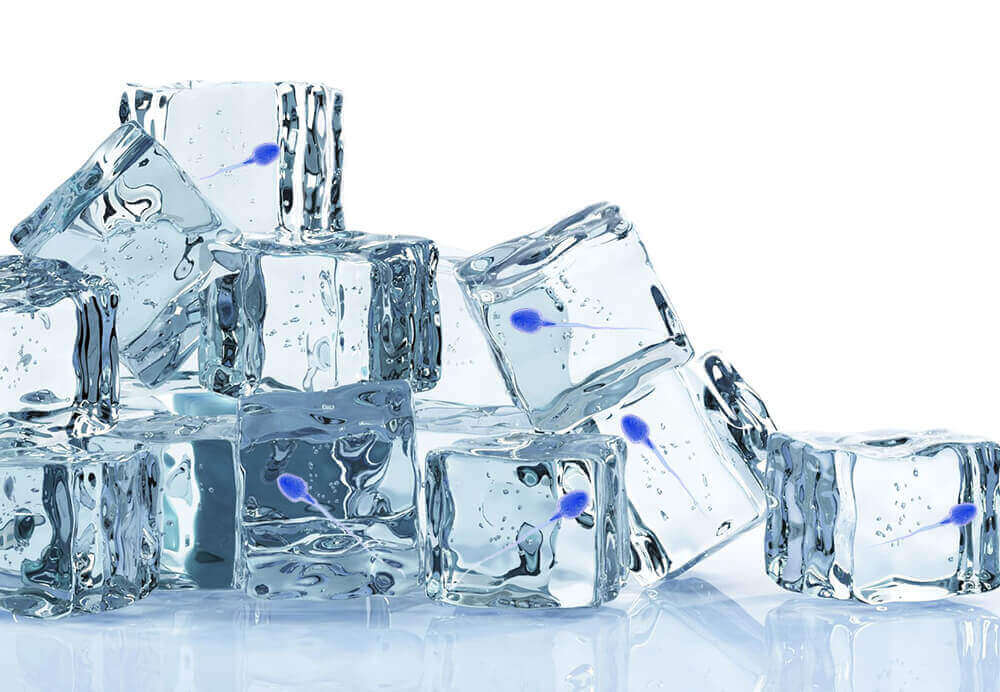 Sperm freezing has been done successfully since 1953. It’s a highly effective process for people looking to preserve their fertility by using their sperm at a later date or to give an infertile couple or an infertile individual a chance to conceive. Furthermore, sperm freezing is also used to store sperm in patients undergoing cancer therapy.

You should be freezing your sperm for future fertility treatments if you are;

Sperm freezing is a safe and long-term procedure. The Frozen sperm can be used successfully during fertility therapy even after 40 years of cryopreservation, thanks to modern sperm storage.

It is recommended sperm donors should ideally be aged younger than 40 years. However, recent studies show age is not associated negatively with pregnancy, miscarriage, or live births.

“Sperm Preservation” also known as “Semen Cryopreservation” is the procedure o preserve sperm cells by freezing. It is possible to store the sperm for up to 40 years but sperm storage periods change due to the individual’s needings.

Before sperm storage, some blood tests are required. First of all, it will be screened for, if the individual carries a sexually transmitted infection the individual or not. You may not feel comfortable giving samples at a fertility clinic or sperm storage bank. Don’t worry the sperm sample needs to be brought to the clinic within an hour, so you can collect your sample at home. But keep in mind that each minute the number of living sperm cells and activity begins to drop off after ejaculation. The individual has to abstain from sex for 2 to 3 days before the sample day. Your doctor will give you a sterile cup to use after masturbation. The second step after the sperm sample is taken is analyzing the sperm’s quantity, shape, and movement. After this analysis, your doctor will determine the number of samples needed.

Due to the quality and quantity of the sperm, about three to six specimens will be collected for each desired pregnancy. To freeze the sperms each sample will be separated into multiple vials. If the individual isn’t able to ejaculate or has a non or low sperm count then the sample can be collected by surgical retrieval. Sperm will stay frozen at a constant temperature of minus 196 degrees centigrade. And will be kept in multiple storage tanks due to the risk of freezer failure. Thereby the remaining sperm samples will remain safe.

Lifestyle choices can cause low sperm count. Smoking, drinking alcohol, and taking certain medications can lower sperm numbers.Other causes of low sperm count can be caused by a number of health issues and medical treatments like; long-term sickness (such as kidney failure), childhood infections (such as mumps), and chromosome or hormone problems (such as low testosterone).

Male fertility generally starts to reduce around age 40 to 45 years when sperm quality decreases. Advancing male age reduces the overall chances of pregnancy, increases the time to get pregnant, and also the risk of miscarriage and fetal death.

Low sperm count is diagnosed by examining semen under a microscope. Sperm count, volume, concentration, movement, and structure can be seen in this study. If the sperm count is less than it has to be or there is something abnormal then your doctor will ask you to give a new test before finalizing the diagnosis.

After the semen test even if the individual is diagnosed with low sperm count or no sperm this doesn’t mean that there is a permanent infertile. It takes 42 to 76 days for a sperm to mature after being produced which means the sample taken from the individual is just the environment of the past three months. So the current test results, maybe just point out a problem with the growth or delivery of the sperm.

Normal sperm densities range between 15 million to greater than 200 million sperm per milliliter of semen.

If the individual has fewer than 15 million sperm per milliliter or less than 39 million sperm total per ejaculate, they are considered  “low sperm count”.

If you are diagnosed with low sperm count or no sperm, don’t worry. The treatment may be possible.

Many problems that cause infertility can be fixed with drugs or surgery. The main key for fertility is a healthy sperm must travel to a mature egg and fertilize it. If the individual has a low sperm count, that means there are far fewer sperms to reach the goal.

IVF treatment has a high rate of success in low sperm cases. Especially when it’s combined with ICSI or intracytoplasmic sperm injection the chance of success rate will be much higher. IVF with ICSI is classified in Assisted Reproductive Technology (ART) treatment. In this technique, the individual’s sperm may be collected with ejaculation or surgical extraction.

There are 3 ways that can be determined in Assisted Reproductive Technology (ART) treatment. Intrauterine Insemination (IUI), In Vitro Fertilization (IVF), and Intracytoplasmic Sperm Injection (ICSI).

Intrauterine Insemination treatment is performed when there is low sperm count and movement problems, retrograde ejaculation, and other causes of infertility. In IUI treatment the sperm taken from the individual is placed into the partner’s uterus through a tube.

In Vitro Fertilization (IVF) treatment can be used to treat many conditions both in women and men that cause infertility. In IVF treatment; the collected egg and sperm are joined in a lab dish and then after 3 to 5 days of growth, the fertilized egg (embryo) is put back into the uterus.

Intracytoplasmic Sperm Injection (ICSI): IVF with ICSI is often the best treatment option for men with low sperm count. Also, if the individual has very poor semen quality or no sperm in the semen ICSI will be the perfect option. During ICSI treatment, a single sperm is injected into the egg with a tiny needle. After a few days of growth, the fertilized egg (embryo) is put back into the uterus.